The draw of gulls saw me back at Rufford CP again yesterday afternoon. There had been a big increase in gull numbers, with c200 Black-headed Gulls present.

Whilst there, I managed to find a new (for me) green-ringed bird, 214A. This bird had been ringed at Center Parcs, as an adult, 2km away, on 17th January 2019. My sighting was only the second sighting since then. The first, on 26th November 2019, was at Center Parcs. I managed to get a few photos, of a very dirty ring!! 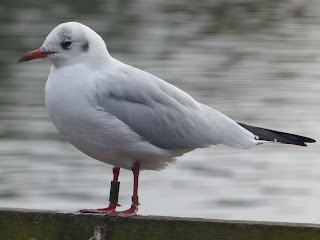 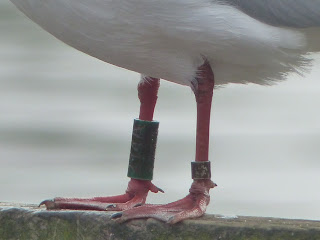 214's legs and rings
The only other darviced bird seen was the Lithuanian-ringed bird, P519. 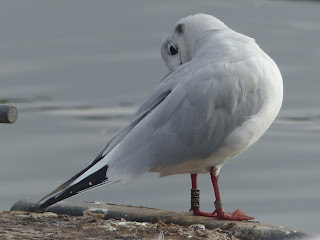 P519
Yesterday's visit saw my first Common Gulls of the winter, with 2 1st winter birds in amongst the Black-headed Gulls. Unfortunately, neither gull was ringed, so I don't know how far they've travelled, unlike the darvic-ringed bird that I found at Clumber Park last winter (see here). 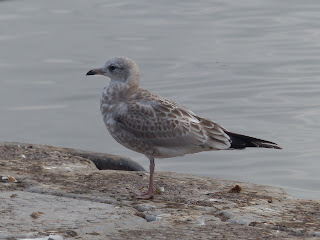 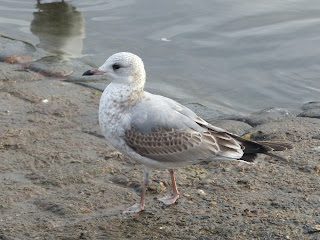