It's the second day of 2021, but, due to COVID 19 restrictions I've not been out birding yet this year. Instead I've started this year's Year List from the back garden and from a shopping trip to the supermarket!!

The first bird of 2021 was Carrion Crow, followed quickly by Blackbird and a single Goldfinch on the feeders. The biggest surprise of the year, so far, was the 6th species I saw, a Raven, being mobbed by 2 Crows as it flew low over the garden!! Here's the list so far.

Posted by Linacreblogger at Saturday, January 02, 2021 No comments:

This year, despite everything, I've managed to see a reasonable number of 175 species of birds. The last bird of the year being a Red-necked Grebe, at Colwick Country Park that I saw on 21st December. 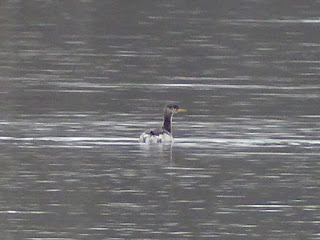 The highlight of the year has to be the Bearded Vulture,(my one and only lifer of 2020) that turned out to a be a 2nd year bird (born in 2019) that had flown over 1000km from the Alps in south eastern France.

Other interesting birds included two British ticks, Caspian Tern and Hoopoe, whilst the Grey Phalarope in Derbyshire was also a great record.

Let's hope COVID is brought under control quickly and we can all get out and about birding soon.

Posted by Linacreblogger at Saturday, January 02, 2021 No comments:

Today I was out with 3 members of Sorby Breck Ringing Group for a gull ringing session at The Carrs in Warsop again. With news that our areas are going into Tier 4 COVID restrictions from midnight tonight this will be our last ringing outing and my last chance to check gulls in 2020.

We were on site from 08:30 until 15:45 and managed to catch 1 new Black-headed Gull. The bird in question was an adult and was given the darvic ring 271A. 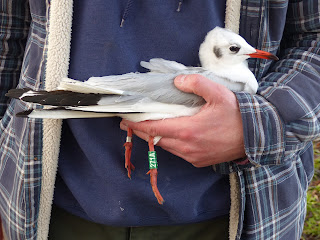 271A
Whilst there we also manged to re-sight 2 gulls that the group had previously ringed, namely 265A and 270A. Both birds had been ringed in December this year. 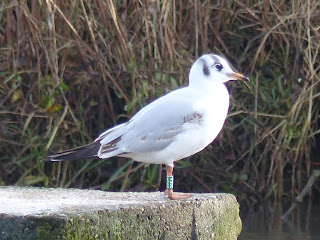 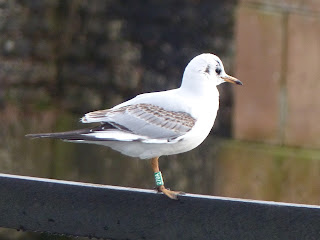 270A
Posted by Linacreblogger at Wednesday, December 30, 2020 No comments:

Email ThisBlogThis!Share to TwitterShare to FacebookShare to Pinterest
Labels: 265A, 270A, 271A, Black-headed Gull, Sorby Breck Ringing Group, The Carrs

Last Tuesday I managed to get out gull ringing for the first time this winter. I spent five hours at The Carrs in Warsop with members from Sorby Breck Ringing group and Birklands Ringing Group (all socially distanced of course). In total we caught five new Black-headed Gulls, to add to the darvic-ringing scheme, and I was lucky enough to ring four of them! The site is just short of 9km from Rufford, so hopefully, I'll pick some of these birds up, during the winter months. The new rings added were 266A - 270A. 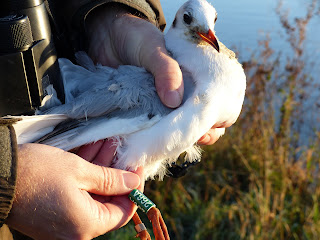 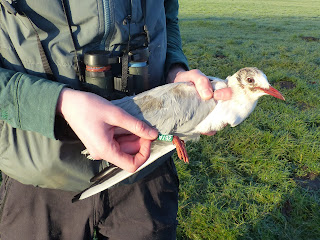 Email ThisBlogThis!Share to TwitterShare to FacebookShare to Pinterest
Labels: 266A, 267A, 268A, 269A, 270A, Birklands Ringing Group, Black-headed Gull, Gull Ringing, Sorby Breck Ringing Group, The Carrs

On Monday I had a few hours at Rufford and Clumber Park, looking for ringed Black-headed Gulls. In total, I saw 5 known birds and 2 new ones. I also saw a new Canada Goose. 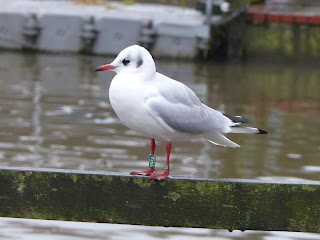 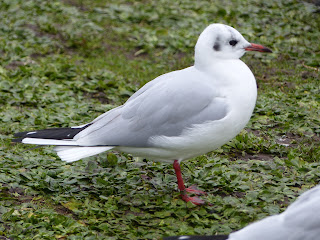 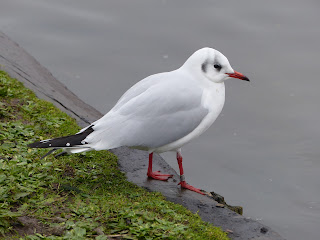 VAO171
The darvic-ringed Mute Swan, Y204, that Jayne and I saw back in November, was also present.
Posted by Linacreblogger at Wednesday, December 23, 2020 No comments:

There were about 200 Black-headed Gulls at Rufford CP yesterday, including three well known birds, 217A, 237A and V77K (see labels for details of these birds). The sighting of 237A was the first since March 2020 (see here). In addition, a new, 1st winter bird (born this year) bearing a Danish metal ring, VA5573 was seen. 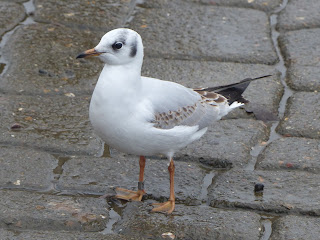 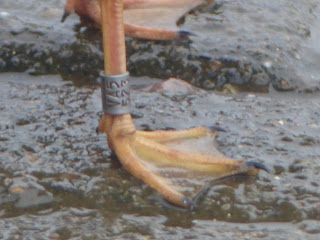 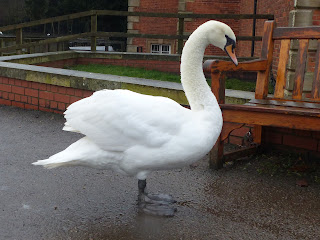 I was down at Linacre yesterday morning to carry out this month's WeBS walk. It was one of the best walks I've done all year, with record counts for both Mallard and Mandarin Duck.

The woodlands were quite quiet, but I was quite surprised to hear a singing Song Thrush on arrival! The final bird of note was Fieldfare, which was heard flying over.

Posted by Linacreblogger at Sunday, December 13, 2020 No comments: