On the way home from Northumberland, Jayne and I stopped off in Whitby for the day. Whilst there, we spotted 3 darviced Herring Gulls. 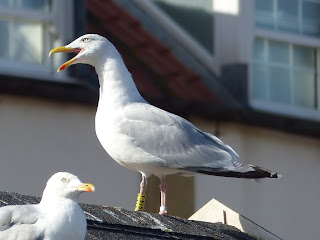 The 3rd gull, 1R1B, was a bird that we had seen here in Whitby before, once in July 2015 (see here) and again in July 2017 (see here). Unfortunately, I haven't been able to find the project where this bird was ringed, or been able to ring the metal ring number, so I don't know where or when it was ringed. 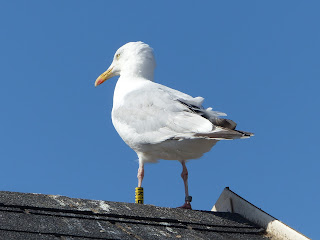