This spring has seen a lot of warm, dry weather and above average temperatures. As a result, butterflies seem to have been emerging earlier than usual, so I decided to go to Lindrick Common a couple of weeks earlier myself.

When I arrived, it was obvious that they vegetation hadn't kept pace with the butterflies and there were only a few flowering plants. The butterflies, however, were all present in good numbers, with 10+ Marbled Whites, 15+ Dark Green Fritillaries and at least 15 Silver-studded Blues (all but one being male). The temperature was around 20 degrees, so the Whites and Fritillaries were all pretty active. The blues, on the other hand, were the most confiding I've ever known, and posed, beautifully, with open wings. 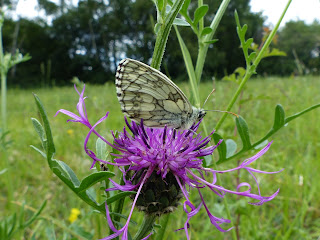 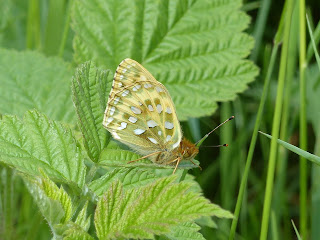 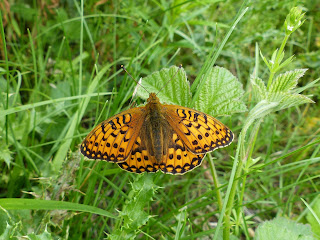 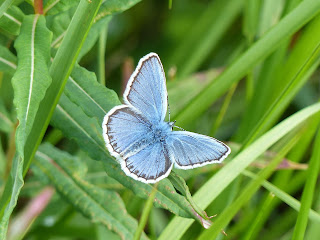 Other species seen whilst there included my first Ringlets of the year, along with several Meadow Browns, 1 Large Skipper, and, best of all, a day-flying moth called a Burnet Companion, which was a lifer! 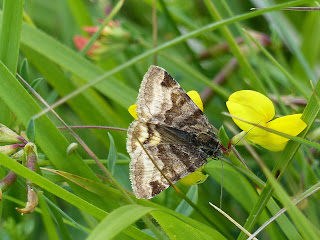