After the ringing session on Sunday I had  an hour at Rufford Abbey CP with the gulls. In total I saw 5 colour/darvic ringed birds.

Three of the darvic rings were from the Sorby Breck/Birklands Ringing Group partnership, and involved a familiar bird, 217A, that was ringed at Center Parcs in January 2019, and one I first saw here in February 2019, and then again on 9th November 2019. 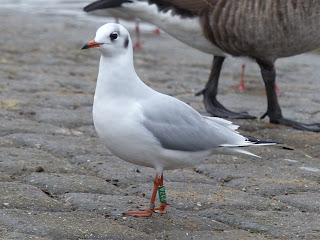 The next 2 gulls were numbers 235A and 237A, both ringed at Center Parcs on 13th and 20th November 2019 respectively. These sightings were my first. 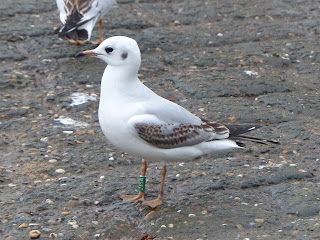 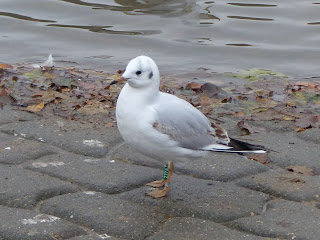 The other 2 darviced birds were also well known birds, EUM3 (Dutch ringed) and P519 (Lithuanian ringed), both of which have been seen here on several occasions last winter and this autumn.
Posted by Linacreblogger at Tuesday, November 26, 2019