This weekend, Jayne and I had a couple of days on the East Coast. We stayed in Scarborough, and saw Herring, Black-headed and Great Black-backed Gulls. There were also several Terns around, including this one (below), which I presume is either Common or Arctic. 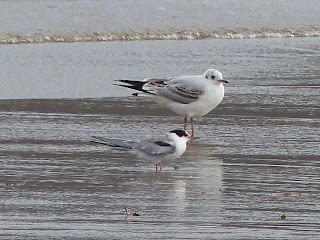 "Commic" Tern
There were also many Razorbills and Guillemots very close in, including 18 in Scarborough Harbour this morning. An adult Kittiwake was also seen, as were 5 Red-throated Divers (3 from Saltburn Pier and 2 in Scarborough South Bay. 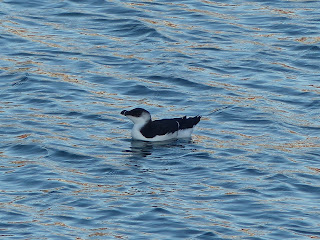 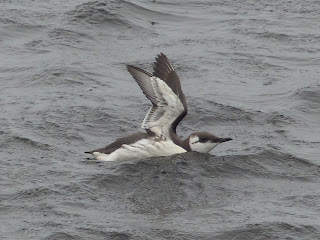